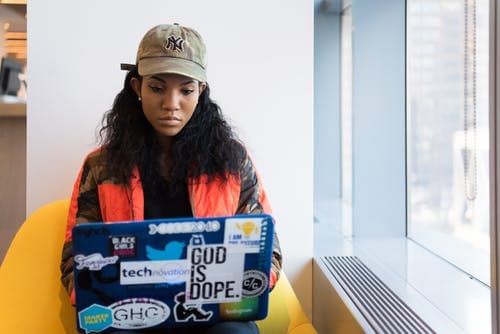 Almost all Python developers encounter indexing early on when they learn about lists. As you probably already know, Python lists have zero-based indexes. That is to say, given a list named movies, for example, movies[0] returns the first element in the ist, while movies[len(movies)-1] returns the last element.

So far, there’s nothing to see here, folks. Yes, for newcomers, counting from zero to nine for a list of ten things seems a bit weird at first. But Python’s not unique in this — most of the top programming languages in use today index in the same way. These include C, C++, Java, C#, and JavaScript.

What makes indexing in Python worth writing about is not the overlap with other languages but the ways it stands out. Several features of Python indexes make it different from other languages.

If you’re new to indexing and slicing in Python, those bullet points may strike you as pretty abstract. But don’t worry. We’ll dig into several examples of how this works in practice in this article. Moreover, we’ve included several exercises at the end to help reinforce what you’ve learned.

You may already know about this feature, but to ensure we’re all starting in the same place, let’s start with some simple examples of positive indexing, using a list, a tuple, and a string. As shown here, an index is simply a number enclosed in square brackets that you place after the sequence’s name.

Again, in all cases, the lower bound of the sequence is zero, and the upper bound is the sequence’s length minus one. Using an index outside this range causes Python to raise an IndexOutOfBounds error.

OK, at this point, you know that Python uses zero-based indexes, which will be familiar to you if you have coded in Java, C, C#, or JavaScript. Next, let’s get into some Python-only fun.

As for all indexes, for mutable sequences (the most important of which is the list type), indexing can also be used to set values as well as retrieve them.

Negative indexing in Python refers to accessing a sequence, such as a list, tuple, or string, using negative numbers indices. Negative indexing starts from the end of the sequence and counts backward. Thus, you can get the last element with an index of -1. The second to last element can be accessed using -2, and so on.

Using negative indices can be helpful when working with lists of variable length. They allow you to access elements from the end of the list without knowing the length of the list in advance.

Let’s grab the last character from a line of the Zen of Python, using positive and negative indexing:

Negative indexing becomes even more helpful when combined with slicing, where it can also be used to reverse a sequence. For example, if you have a list of objects and you want to reverse the sort order of the list, you can use negative indexing to do so.

Getting an Index in a Python For Loop

As we mentioned above, in general, indexes are not needed in Python loops. Many languages have a syntax like this, including Java, C#, and (since C++ 11), C++. Nevertheless, those languages let you revert to using a for loop like those found in C, where an index must still be explicitly used. If you’re curious, here’s how C does this:

In Python, of course, we can iterate through the list much more simply, so we’d generally do this:

This simplicity is usually a good thing — unless of course we want or need to use the index as we did in C. Not to worry, the enumerate function will allow us to get both the index and the value at the same time. Here’s how we can get the same output as the C code produces:

Python Slices: The Index on Steroids

If I had to name a feature where Python indexing is very different from other languages, it would be the slice feature. A slice is similar to an index, but whereas an index lets us retrieve one element, a slice expression lets us retrieve or set many elements at once. As with indexes, the expression is placed after the sequence name in square brackets, and has the following basic syntax:

Here are the meanings of the various steps:

The following example shows this more clearly. Let’s start with examples where we slice in a positive order:

Slicing is often used instead of a method like “substring” to get parts of a string. It can be very handy, for example, to remove a fixed-length prefix from a string:

Slicing in reverse is a simple matter of using a negative step value Using negative numbers, the start value will be greater than the end value:

Slicing in reverse is much less common than working with subsets of an existing list, but it is popular as a Python interview question: “Given a string, s = 'Life of Brian' how would you reverse it?” Doing in a loop is the “B” answer at best; s[::-1] is probably what your interviewer has in mind.

Assigning to a slice replaces the slice with the contents of another list or iterable object. It behaves like search and replace in the sense that it’s very flexible with respect to size. The number of items added doesn’t need to match the number of items in the slice The list grows or shrinks to accommodate the new elements.

Note that for strings especially, though it’s possible to replace segments using slices, it’s often much more convenient to use the “replace” method to do so.

Here are several exercises and sample problems for indexing and slicing in Python Try your hand at these.

introduction = “We are the knights who say ni!”