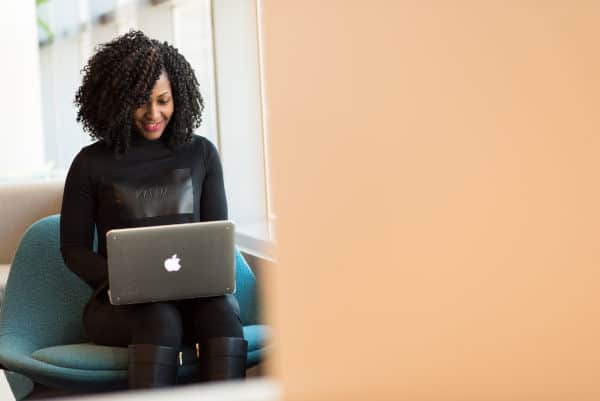 Introduction: What is a For Loop In Python

The for loop is a fundamental construct in Python. It allows you to iterate through a sequence of items, such as a list or a range. In this tutorial, we will discuss the for loop in detail and provide several examples along the way and a set of exercises at the end so that you can practice using it. We will also compare the for loop with while loops and demonstrate several techniques, including how to build a list using a for loop, best practices for naming and other techniques, iterating through Python dictionaries, and several more techniques.

We can use the for loop to iterate through any sequence of items, but our first example will use a list. The syntax for a for loop is as follows:

Whatever is indented one level underneath the for loop, as shown above, will be controlled by the loop. (There can be further indentation levels, such as an if statement within a for loop, for example).

Let’s see how this works with a simple example. We’ll create a list of numbers and then iterate through it using a for loop:

A For Loop Best Practice

Note that part of what makes the example above so simple and readable is that we have named are variables according to a loop naming best practice. The list (sequence) is named with a plural name that describes what each element is (in this case, “numbers”). For the variable we use to store the name of each item as we go through each iteration, we use the singular form of the name in the list.

So, it’s “for number in numbers” in this case. If you had a list of people, you could use “for person in people.” And so forth.

Newcomers to programming will sometimes use an “i” for this item variable. However, I think this is based on confusion with other languages. In other languages, a for loop contains an index into the list, not the item from the list itself.

In our second example, we’ll see how we can use a for loop to build a list dynamically. This example will show a popular programming pattern in which we use a Python for loop to iterate through a sequence of values and transform it into something else.

Note we must always create the empty list outside the code block that the loop controls. Then we call append inside the block of code controlled by the loop to add each element.

For Loops vs. Comprehensions

If you’re new to Python and just learning about it, you may hear at some point that creating a list, as we’ve shown above, is somehow “not as good” as making a list using a list comprehension. Without discussing list comprehensions in detail, there is some truth to that. However, knowing the pattern shown above is still very helpful because sometimes, the loop needs to do more than just build the list.

We focus on simple examples in tutorials such as this one. Still, as your skill progresses, you will find yourself writing for loops that need to not just iterate through a sequence. They may also have to construct strings dynamically, print values, or save results to a database in addition to creating a new sequence and returning it.

Using a For Loop With a Python Dictionary

Recall that you can use the for loop on any sequence. So far, we’ve seen lists and ranges as sequences, but dictionaries are also iterable this way. In Python, a for loop iterates through the keys of a dictionary. The syntax for this is as follows:

Let’s see how this works with a simple example. We’ll create a dictionary and then iterate through it using a for loop:

As you can see, this prints out each key and its corresponding value from the dictionary. Note that we use the dictionary key to look up the value for that key (fruits[fruit_key]]).

This is because, by default, iterating through a dictionary using a Python for loop only gives us the keys, not the values.

If you want to iterate through both the keys and values of a dictionary, you can use the items() method. To get the same output as above, use:

For Loops vs. While Loops

Loops using “for” and “while” are two of Python’s most basic control structures. They both allow you to iterate through a sequence of items, but they have different purposes and uses.

Generally speaking, the Python for loop is used to implement a definite loop, one that will execute a number of times that’s known in advance. Iterating through a list, for example, it will loop once for each element, or “len(list)”.

The while loop, on the other hand, is most often used for what’s called an indefinite loop. This type of loop will execute until some condition is met.

The while loop’s syntax can be summarized as:

For example, suppose you wanted to multiply a number by 2 and keep iterating through it until the product of the numbers is greater than 100. Here’s how you might do it:

Another pattern that’s more common with while loops rather than for loops is to loop “forever” (while True:) and use a break statement following some check on a return value or the like inside the loop. The break keyword exits the loop unconditionally.

(As an aside: It’s important that there be a condition that will break out of the loop, however, otherwise, the loop could be infinite. (CTRL-C will stop it for you). Also, this sort of loop is also combined with a sleep statement to do polling of a remote server or the like; the sleep helps prevent the loop from running too tightly and consuming the CPU unnecessarily.)

Generally speaking, then, the for loop is better suited for situations where you know how many times it will need to run, and the while loop is for when you don’t. That said, there are often ways to rewrite for loops as indefinite loops and while loops as definite loops

The sequence can be a list, tuple, string, or dictionary. The enumerate function will return an object that contains the index for each item in the sequence as well as the value of each item.

Let’s see how this works. The following example displays both the index and the value for the list ‘a’, ‘b’, ‘c’

To practice what you’ve learned, here are some things you can try:

The code below is partially written and shows how this can be done using nested loops. It will create the program to print this output, but each line has the word MISSING where the rest of the code should be. Replace the word missing with the correct code to make the program run as described.

Write a for loop to iterate through todo_set, printing each value. How many times did “Buy the milk” get printed?

9. Write a program that iterates through this string: “The quick brown fox jumps over the lazy dog”, creating a list of each letter that’s a vowel. Print the list of vowels.