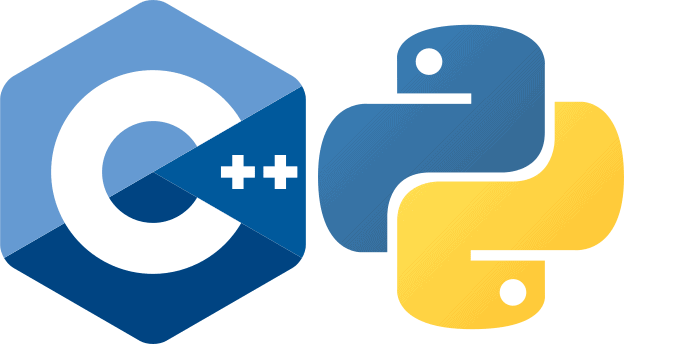 C++ and Python are two of the most popular programming languages in the world. C++ is known for its high performance, while Python is beloved for its ease of use and readability. However, many people don’t realize that C++ and Python can be integrated to create powerful applications.

Not only is CPython, the standard Python implementation, written in C, but C++ (and C, which is, properly speaking, a subset), form the basis of many of the most popular and performant Python libraries. Perhaps the most popular of these is NumPy, which forms the basis of Pandas, SciPy, and a host of other widely used scientific libraries.

What is C++ and what are its uses

C++ is a powerful object-oriented programming language that enables developers to create sophisticated software systems. C++ is popular in many industries, including finance, gaming, and system administration. C++ can be used to develop stand-alone applications or to integrate with other languages, such as Python.

C++ is based on the C programming language, a fast, procedural language. It is a system programming language that is so close to the machine code it produces that it has been called “high-level assembly.” C++ — originally called “C with objects,” added support for object-oriented programming to C, but without significantly losing the performance benefits of C.

One of the main reasons C++ is such a popular programming language is that it offers developers a high degree of performance and control. C++ provides direct memory access, allowing programmers to finely tune code for maximum efficiency. For an example of this from C++ machine learning, the popular TensorFlow library has bindings in a number of languages, the most commonly used of which is Python. However, the core runtime is written in C++. As regards the question of Python vs. C++ machine learning generally, the answer to that question depends on whether you’re approaching machine learning as a user, or are interested in developing core algorithms. Both languages are important in this area.

As powerful as C++ is, however, it also has a steep learning curve and can be challenging to master. Doing your own memory management makes for efficient programs, but getting it right is not easy.

What is Python and what are its uses

Python is a versatile programming language that can be used for a variety of purposes. Python is popular in the scientific community for data analysis and machine learning, but it can also be used for web development, system administration, and game development.

One of the main benefits of Python is its ease of use. Python is simple to learn and can be used for a variety of purposes. The design goals of Python from the beginning were simplicity and readability. Python’s simple syntax and versatility have made it the most fun programming language I’ve learned in a long career — with the possible exception of C, which I enjoyed so much because I learned it first.

Interestingly, the disadvantages of one are the advantages of the other. Python code doesn’t generally force you to deal with memory management, so it’s easier to handle. On the other hand, substituting a garbage collector instead of leaving memory management up to the developer is one of the reasons that Python’s performance is so much slower than that of C++. On the other hand, Python makes it hard to write programs that are standalone files that you can simply ship to a customer as is, something C and C++ make relatively easy.

What are the benefits of learning both C++ and Python

The benefits of learning both C++ and Python are many. First, C++ and Python are both popular languages in high demand in the job market. For example, C++ is used in gaming, high-performance trading, and many embedded systems applications, including the “Internet of Things.” Python is popular in the scientific community for machine learning, web development, cloud computing, and DevOps.

C++ is a powerful language that can help you build high-performance applications. It is significantly more challenging to learn than Python, but the rewards are worth it. By learning C++ first, you will develop a strong foundation in fundamental programming concepts and a basic understanding of how code is run on the hardware.

The challenges of learning both C++ and Python

The challenges of learning the two languages together are many. C++ is a complex language to learn, with a steep learning curve. In addition, Python is very different from C++, and it can be challenging to learn both languages simultaneously. Switching between two programming paradigms can tax productivity even for experienced developers. For newcomers to programming, it can be a recipe for confusion.

While it’s still possible to learn C++ and Python simultaneously, some programmers recommend learning C++ first, as it is a more complex language. This was the path my career took. I started programming seriously in C and then C++. Once I’d tackled C and C++, every other language looked quite simple in comparison.

The opposite point of view is that you have to learn to crawl before you can walk, so you should learn Python first. This approach has some merit, especially if you think learning programming languages will not come naturally.

In any case, if you do learn both, your resume will stand out because you won’t be a “one-trick-pony”, and you’ll still have the skills you need for roles where you might have to integrate the two languages.

Which Is Better To Learn C++ or Python?

If you’re only going to learn one language, the choice between C++ and Python boils down to this: at what level of abstraction do you feel most comfortable working? Do you prefer to write application code that can be developed quickly and simply to do a variety of tasks? Or, on the other hand, are you more interested in spending much more time writing system-level code that has blazing performance, and are willing to invest time in a more difficult-to-master tool to do so?

I’ve included the question here because it comes up a lot, but as you can probably see from the rest of the article, my real answer is: Why choose? You can learn both!

If you’ve learned both C++ and Python, naturally, at some point, you may be curious about how to integrate the two. Python already has a long history of integration with C, which is natural enough given that the reference implementation of Python (known as CPython) is written in C.

Python also integrates with other programming languages, of course. For example, there are implementations of Python that target the Java Virtual Machine (JPython) and .NET (IronPython). However, the most popular and well-known integrations for Python historically have been with C. Many of the most important libraries used in Python are written in C or C++. These include NumPy for fast array processing and, by extension, Pandas for Data Science. SciPy, a scientific computing library based on NumPy, is written in C, C++, and Fortran. Scikit-Learn, Python’s popular machine learning library, is likewise mainly based on those three languages. TensorFlow, another widely-used machine learning library, is written in C++ and features APIs for C and Python.

There are several libraries and projects that allow Python to integrate with C and C++. CPython supports integrating with C via C extension modules, so integration with C is supported in Python itself. A module written in C that includes the Python.h header file gets access to several functions for parsing Python argument lists, converting return values to Python types, handling exceptions, and other tasks.

Python extensions also make it possible to create C programs that “call back” into Python code. The idea here is that a C library or program will call a callback function in C, and the handling will, in turn be passed to a Python function.

Another popular option for integrating C and Python is Cython, which boasts the bold claim that it “makes writing C extensions for the Python language as easy as Python itself.” Unlike CPython C extension modules, which are written in C, Cython works by translating Python code to the equivalent code in C. There is also a Cython extension language that can be used; this language is a superset of Python. The Cython language supports working with C types and calling C functions.

Cython is very well-loved in the scientific and engineering community and is used by SciPy, which exposes a number of APIs for linear algebra as Cython modules.

In addition to being a popular Python library and the basis for SciPy, NumPy also provides a C API, which defines types for the NumPy array and the various data types that NumPy supports.

6. Where to learn more

There are a variety of resources available online and in-person for learning both languages. Some popular C++ tutorials include the C++ Tutorials on w3schools.com and cplusplus.com. There are also several online courses and great texts available.

Python tutorials include the Python Tutorial on the official Python website, tutorials on w3schools.com and tutorialspoint.com, and any number of books and online classes. We also have a series of articles, Python for Beginners, which focuses on the language basics and includes many exercises to reinforce what you learn.

If you are interested in learning the two languages together, there are also a variety of online resources and courses available. Some popular online resources include C++/Python Tutorials and Coding Bootcamp, which offer tutorials, interactive lessons, and other learning materials for C++ and Python developers. Other resources include Udacity’s C++ Developer Nanodegree program and the C++ Programming Bootcamp on Coursera.

Whether you choose to learn C++ and Python alone or together, many resources are available to help you gain the skills and knowledge you need to succeed as a C++ or Python developer. Whether you want to focus on game development, scientific computing, web development, data analysis, or any other aspect of software engineering, there is a C++ or Python tutorial out there for you. So don’t hesitate – start writing code today in either language or both if you’re ambitious!